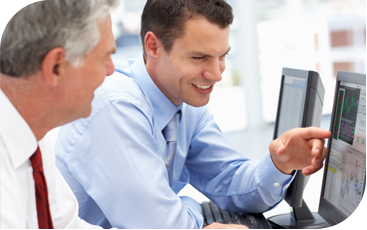 In my experience with mentoring in business, both mentor and mentee learn something from the relationship. The mentor is a leader and, as such, must teach through example. Words are powerful and effective, but living the message is how lasting change occurs. Business mentors are great actors! Here is a story from early in my career.

Here is an excerpt from my newest book.

I still vividly remember the first consulting project I was assigned to lead. I was hired as the manufacturing “guru” because of my manufacturing background, including at the Ford Motor Company. My team consisted of two men and one woman. After about three weeks at the client site, the partner who had hired me and to whom I reported, Phil, paid us a visit. Phil was a retired naval captain, and he ran a tight ship!

Not one to beat around the bush, Phil said, “We need to talk about how you’re running this job.” I was surprised and defensively said, “What do you mean? We’re on schedule and on budget. And, the client is pleased with our progress. I just talked to the COO yesterday.” Phil said, “The job is fine, but Myra doesn’t like your leadership style. She’s called me several times and said you’re acting like a dictator.” Now, I was confused and, frankly, starting to get angry.

Phil continued, “You can’t just order people around! I understand how difficult that is because I have a lot of experience ordering people around. When I told people what to do, I expected them to do it without comment or complaint. That’s not the way it works here. Myra also said you told her that you don’t have to listen to her.” To which I blurted out, “What! Do you mean I have to listen to her? She’s a junior consultant, and she knows nothing about manufacturing. Her background is in banking!”

Phil, got this “Phil” look on his face and said, “Opincar, to be as bright as you are, you sure miss some important shit! You’re a great technician, but you’ve got to learn some of these soft skills, if you want to move up in this organization! I deliberately put Myra on this project so that you could teach her something!” Phil’s words were like a punch in the nose! All I could muster was a weak, “Oh.

Phil was my first mentor. He saw potential in me. He encouraged me. And, he metaphorically slapped me around when I didn’t get it. He was tough, when necessary.

Trying to find a business mentor? Want to BE someone who provides leadership mentoring? Look no further!

Let me show you and your team how to mentor.