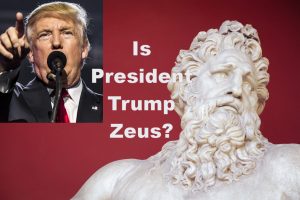 Watching the media these days might lead one to believe some alien force has stormed our nation’s capital and reduced it to rubble! We hear there’s chaos and confusion in the White House. The Supreme Court is on the verge of collapse. Our Senators and Representatives are yelling profanities at one another. People are being fired. Lawsuits are flying everywhere! Politicians are crying in public! My response is—SO WHAT. What’s so new here? There is an alien force!

During my career, I’ve either worked within or been a consultant to hundreds of organizations. These organizations ranged in size from global Fortune 50 enterprises to very small startups and have encompassed almost all areas of society. Those segments have included business, higher education, healthcare, nonprofit, and governments. So, it’s through this lens that I’ve watched the events unfold in our nation’s capital for the past several months.

What I am seeing is NOT that unusual. Although the largest on earth, the federal government is still an organization. And like all other organizations experiencing significant change, we see deeply embedded internal and external resistance, confusion, and chaos. I’ve seen this scores of times. It’s what happens during big changes. What makes this instance unusual, is the 24/7-hyper-saturated media coverage that gives all of us a front row seat to events that are normally private.

When, for example, a local healthcare provider is acquired by a large national organization, the same kinds of resistance, confusion, and chaos occur. But, except for a local short news segment, we don’t see the anguish occurring within the organization. Just because we don’t see it, doesn’t mean it’s not there and every bit as dramatic as the events we see these days unfolding in our nation’s capital.

In 1996, Charles Handy published a book called the Gods of Management: The Changing Work of Organizations. In his book, Handy summarized the results of his organizational research efforts. He concluded that we could categorize organizational leadership and management types into four categories named after the Greek gods: Zeus, Athena, Apollo, and Diogenes.

President Trump is no stranger to all of these organization types. He’s been a successful CEO, but is also a well-known and accomplished entertainer. Based on what I’ve read and experiences with some of his worldwide hotel properties, he’s also no stranger to both Athena and Apollo organization structures. So, which does he prefer?

I’m no psychic, but based on a combination of observations informed experience, I think he likes being Zeus. President Trump enjoys his role as entertainer. And, as with most entertainers and star athletes, enjoys being the center of attention. I think throughout all of his enterprises, he structures his CEO roles as Zeus—the center of everything. Read the accounts of knowledgeable people, and I think you’ll agree with me.

From the outside looking inward, the President Trump’s Oval Office structure sure looks like a spider web with the President in the center, with those closest to him exercising the most power and influence in the White House. It may be the “leakers” consist of people whose orbits has shifted so far out they feel like the once-designated-planet Pluto. Or, it may be the thunder bolts President Trump tweets into the Washington Establishment!

There you have it. So, what’s new here? Like him or not, President Trump is Zeus! He’s our first Zeus president!